Weapons in New World are pieces of equipment used to deal damage to Enemies in battle. Weapons provide many different options and approaches to combat, allowing the player to deal damage in different ways. It may cost lots of your new world gold coins to acquire these weapons, but it's all worth it. If you want to know what weapons are in the game, keep reading this article until the end.

There are currently 11 types of weapons that the player can use and master and divided into four categories: One-handed weapons, two-handed weapons, ranged weapons, and magical weapons. And each weapon has two Weapon Mastery trees, further diversifying their roles and use in combat. We are now to look at the specific weapons within each weapon type in New World.

Hatchet: The Hatchet is a fun one-handed weapon that is useful in melee and allows you to throw it at close to medium distances. It can provide fast- and hard-hitting melee attacks and throw the weapon and cause Rend. The Hatchet also has strong self-healing capabilities.

Rapier: A quick-oriented melee weapon with a variety of quick lunge attacks. Excels at precise timing and outmaneuvering opponents while applying bleeds that gradually drain the target's health — rapier damage scales with Intelligence and dexterity.

Great Axe: The Great Axe is a two-handed melee weapon that excels at large, sweeping attacks. It is also at close-ranged combat and provides good self-healing and crowd control. This weapon can be used in both the tank and the dps roles.

War Hammer: The War Hammer is a powerful two-handed weapon in New World, Amazon's upcoming MMO. The Hammer fits neatly into a tank role, with the potential for high damage, plenty of CC, and the ability to crush defensive enemies.

Spear: The Spear is an extremely versatile weapon in Amazon's new MMO, New World. It offers both short-range control and long-distance piercing damage. It also is an effective damage over time weapon designed for bleeding opponents down. Alternatively, it can be a strong duelist with more CC.

Bows: Bows offer quick-firing attacks and skills used to engage enemies from a distance. Bows require the use of Arrows for each attack. Bows are the hunter's favorite weapon.

Musket: The musket is the strongest long-ranged weapon in-game. It fires hits can projectiles and scales 100% with dexterity. Muskets' damage scale primarily with dexterity but also scales with Intelligence. This weapon type is a good choice for ranged combat. It deals nice damage but requires bullets.

Life Saff: The Life Staff can be one of the essential weapons of group compositions within the New World. It is the healing weapon in New World. Life Staffs have two skill trees, Healing and Protector.

Fire Staffs, or Fire Staves, are the master of destruction in the New World. It can provide strong DPS and help with some of the larger engagements with its large area of effect spells. The item is primarily associated with ranged magic damage dealers, using fire as its damage source.

Ice Gauntlet: The Ice Gauntlet is a magical weapon of destructive power that boasts superior crowd control, utilizing Ice spells with powerful slowing and freezing effects. The Ice Gauntlet can also create ice-elemental constructs that can aid in dealing damage or protecting the player from harm.

This concludes the New World Weapons list, showing a glimpse of what to expect with every weapon currently in this classless RPG. Have you thought of a combination that sounds fun? Let us know in the comments below! If you want to know more, please browse here. 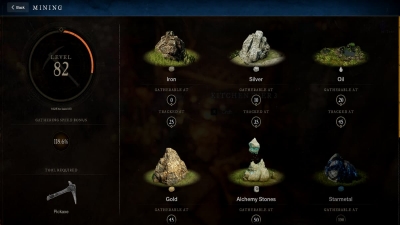 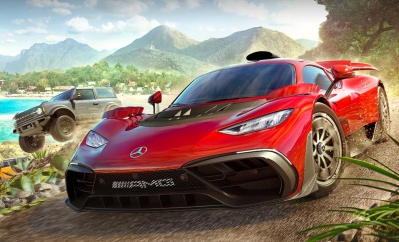 At BuyNewWorldCoins, we introduce you to the essential MMOs and online games you might be interested in November. How did this list come from? You will find a selection of online games that you can experience with friends or strangers on the list. 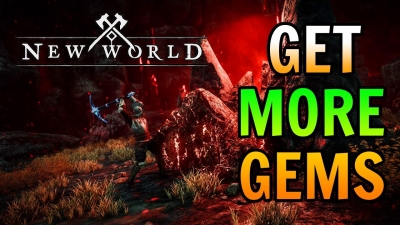