New World shakes up the MMO formula by having no set character classes. Instead, players have been given the freedom to develop their characters with any combination of Attributes and Weapon Masteries that best suit their playstyles. Of course, one of the most important roles is the DPS, short for damage-per-second, the primary damage dealers of the group. You'll need some high dps for the activities like invasions, outpost rushes, and expeditions, etc. So in this guide, we'll break down great DPS builds to help you get ahead of the curve.

The Fire Staff and Ice Gauntlet combination make for a high-impact toolkit of damage, crowd-control, and defensive cooldowns. They are pretty much the best spell-caster setup content in New World Online. Fire Staff offers amazing sustainable DPS with a high critical strike chance potent DoTs; then we use the Ice Gauntlet mainly as a support weapon as It can fill your mana back, place down AoE to slow opponents and inflict DoT and crowd control effects to your opponents. These weapons can be obtained in several ways: Through Crafting, found as random loot in chests and containers, as random drops by Enemies and Bosses, as rewards for completing quests, or using new world coins to buy at Trading Post.

The spear/bow is an excellent build intended to be one of the best Bow builds in New World, aimed to be a general build centric for DPS builds. Players can dish out tremendous damage while using this build. Bow/Spear Build focuses on powerful damage over time effects, coupled with high crit chance and a nice cooldown reduction. As a result, it can deliver a deadly mixture of burst and sustained damage. Thanks to a mix of a ranged and a melee weapon, it is also very versatile - you can spend half of the fight in melee and don't lose out. In longer encounters, sustained damage always beats burst as a fight longer than a couple of minutes is a marathon, not a sprint.

The Spear & Musket combine very well together, offering a ton of CC, zoning potential, and solid range. The Spear and Musket build has less mobility when compared to using a bow but has a bit of a higher damage ceiling. With that being said, that extra damage is reliant on being able to land your headshots with the musket. While it will take some practice, you unlock a lot of extra damage when you can reliably hit them! Both weapons provide supplementary damage over time skills, giving a solid amount of DoT pressure to the build and boosting your damage on the spear! This is one of the most flexible DPS builds in the game.

The Rapier & Musket combine very well together, offering a ton of survivability, damage over time and solid range. Rapier offers a very simple deadly - an ability to turn bleeds' damage over time into burst damage. Musket eliminates the mobility problem that many of the dedicated melees build have - if you can't reach something, just hit it with a Musket round. It offers a combination of deadly long-range burst damage, nasty debuffs, high sustained melee damage, and annoying crowd control abilities.

This build is extremely easy to pick up DPS Build for New World focused on pure, brutal melee damage. This build utilizes the Great Axe for amazing AOE Damage combined with the Hatchet for great single target damage, meaning you always have great options for quickly dispatching enemies! Players can use these two powerful Melee Weapons to dish out some insane damage numbers.

We hope that you have found this guide useful and informative. If you liked it and want us to add more guides such as this one, please let us know! 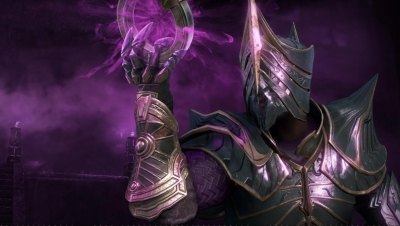