When the new world was first released, the highest number of online users exceeded 910,000, surpassing CS: GO to become the most online game on Steam. Once the server was complete, even players had to queue for 31 hours to play, but now the peak number of Steam users is only about 130,000, two The month plummeted by 85%, and Steam reviews became mixed. 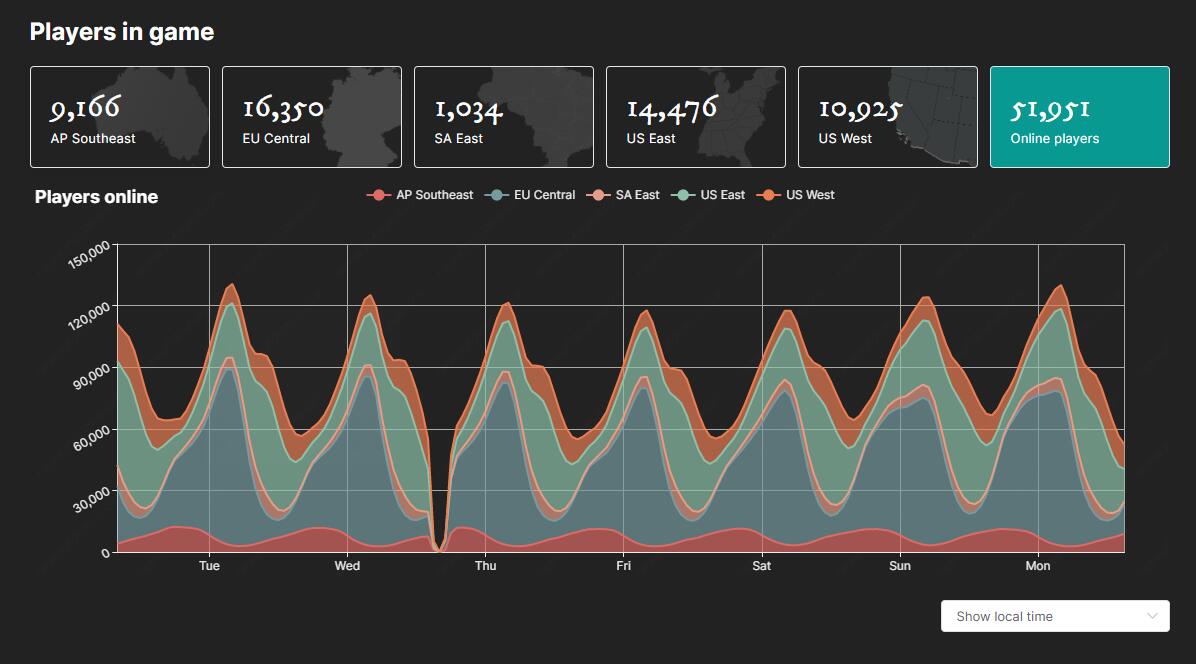 With time, the need for server consolidation has become more robust. Amazon officially stated that the first server merger of New World would take place on December 8. 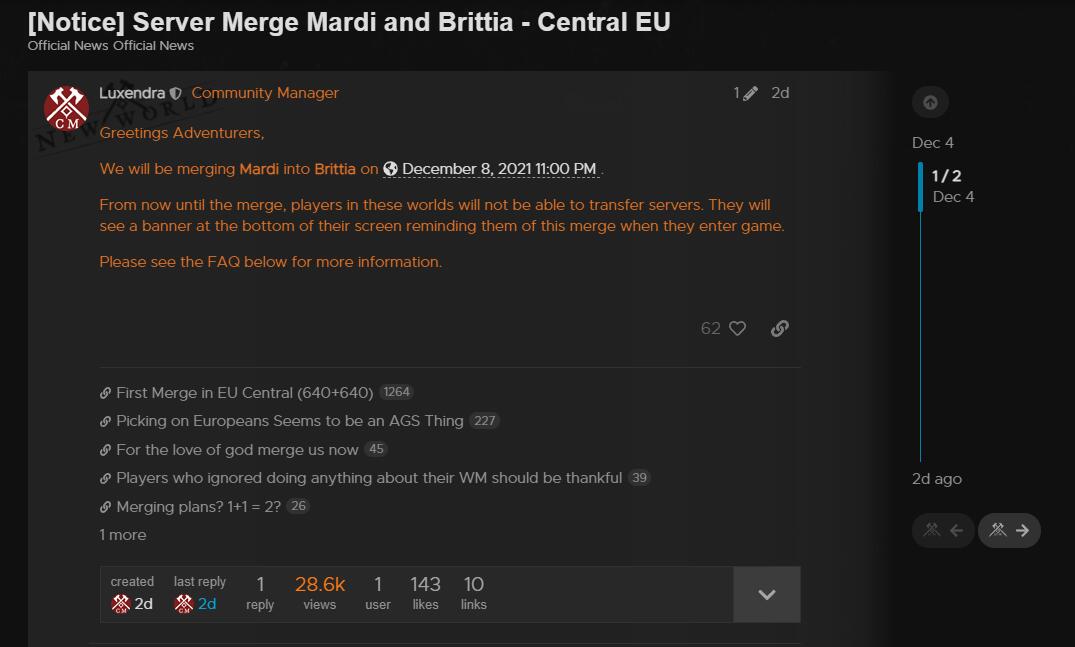 Interestingly, the two European servers that are merged this time: Mardi and Britta, are not the least populated. They will become the top servers after the merger. This may be a test and test for the consolidation of small servers.

For players in Ghost Server, it is good news to increase the number of single servers by combining servers. However, the overall number of people has dropped drastically, and the evaluation is low. It is still unknown how such an MMO online game will survive in the future.